You are at:Home»Current in Carmel»This district deserves a new voice 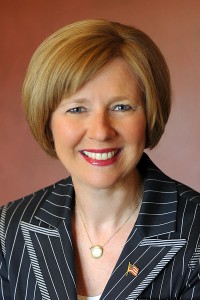 Since launching my campaign, I’ve been talking to voters throughout the 5thCongressional District, many in my home county of Hamilton, and there is a desire for new leadership. My campaign offers that opportunity.

I am not a traditional politician or a Washington insider looking to extend my career in Congress. I am running for a simple reason: The promise of America available to my generation is at risk for our children – my 21-year-old daughter and 18-year-old son – and our grandchildren. You know all the problems: a mountain of debt, a stagnant economy, more government, more regulation, less freedom … and the list goes on.

Like me, my challengers believe in the conservative values of life, marriage and Second Amendment rights. We all agree we must reign in out-of-control spending, simplify the federal tax code, reduce the size and reach of government and repeal Obamacare and its new rules that force religious entities to act against their principles.

So I’m often asked, “What makes you different from your opponent?” You can expect we will defend the conservative principles we share, so our voting records would probably be very similar.

However, my approach, my leadership and my experience all make me different. I’ve had more than 20 years of experience advocating for Hoosiers, built on solving big challenges. Serving as deputy mayor under Mayor Steve Goldsmith, Indianapolis became a national model for government efficiency and reform. I worked tirelessly with public safety and faith-based initiatives to combat crime and improve neighborhoods.

One month after 9/11, I was appointed U.S. attorney by President George W. Bush and tackled national security and counterterrorism, and issues like mortgage fraud, identity theft, child exploitation and gang crime. In 2007, I joined Ivy Tech Community College and focused on economic development and job creation.

No other candidate possesses a similar depth of experience in central Indiana that I bring to the race.
And my approach is different. I have the resolve and willingness to work with colleagues, without sacrificing our shared conservative ideals, to turn good ideas into solutions that create jobs and economic opportunity.

With a different set of skills and experiences – developed outside the Washington beltway – I will offer a new voice in Congress. I am prepared to lead and work hard to solve the nation’s challenges and ensure America’s promise is available to future generations.

Susan Brooks is a candidate for the GOP nomination for 5th Congressional District. More information can be found at www.susanbrooks2012.com.