You are at:Home»Current in Carmel»Carmel Community»Carmel workshop draws painters from throughout the county, other states 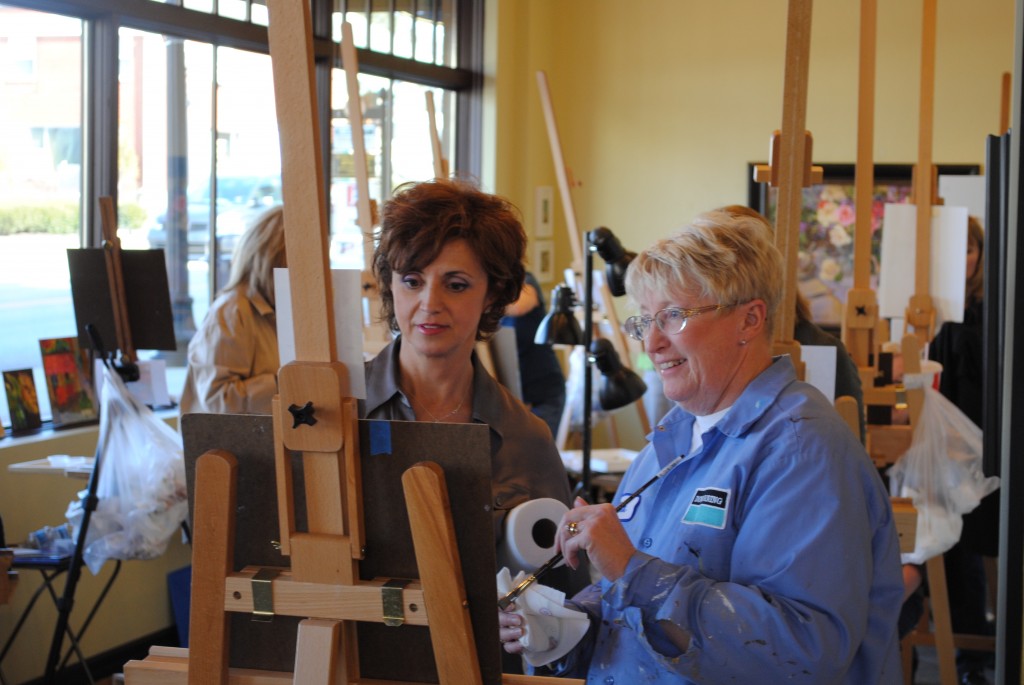 Twenty eager-to-learn painters participated in a three-day workshop last week at Renaissance Fine Art & Design Gallery in the Arts & Design District. The sessions, led by Kentucky-based artist, Dreama Tolle Perry, brought participants to Carmel from throughout the Indianapolis area and other states.

“We’ve had people from all over – New York, Cincinnati, Chicago, Wisconsin,” said gallery owner Kathleen Stevens. “I try to find instructors that do something different. I want them (painters) to really get something from it.” 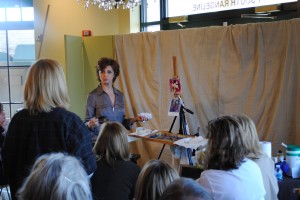 Perry is a self-taught artist known for the colors and brush techniques used in her paintings, the basics of which are taught during her workshops, she said. Among other activities, those at last week’s workshop participated in a teaching exercise Stevens described as “musicals easels,” during which each painter would contribute to several different paintings. One participant would pick a subject and begin work on a painting that would later be completed by a group of others in the class. 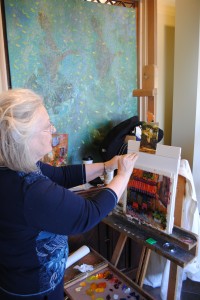 “That taught us to not be so attached to what we’re painting,” said Stevens, who in addition to arranging the workshop, also participated in it.

Stevens said she has featured Perry’s work in her galleries for years, and plans to bring her back for a second workshop next year. According to the artist’s Web site, her remaining workshops in 2012 all are sold out.

Between now and next year’s visit from Perry, however, Stevens said she will hold frequent classes and workshops in her recently renovated gallery at 1 S. Range Line Rd., and a schedule can be found online at www.renaissancefineartanddesign.com.