You are at:Home»Current in Westfield»Keeping time

The story of a clockmaker 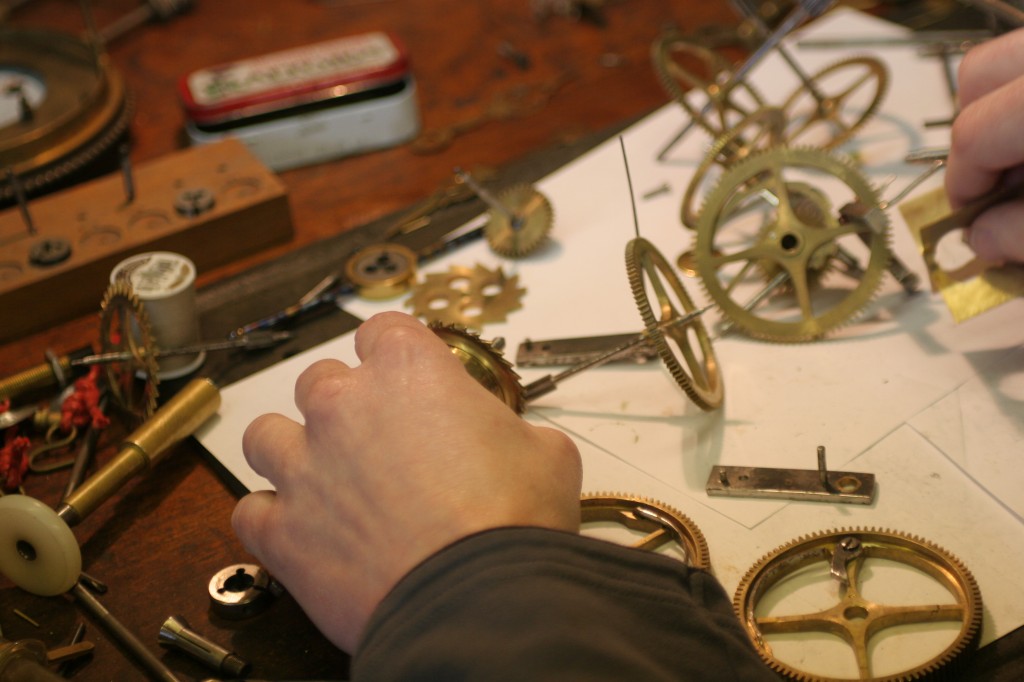 He still remembers hearing the ticktock muffled notes of clocks outside hisnext-door neighbor’s front door as the smells of freshly-baked cookiesexcitingly lured 11-year-old Matt Parker and his siblings to 60-year-old Frank Banash’s home.

“Kids have a way of finding out where the cookies are and gravitating toward the smell. For us, it was Frank’s house,” Parker said. “I’d stand at the back door and ring the bell everyday after school, listening to the clocks. I still have one of theclocks I would hear as a child to this day – it left an imprint.”

Not only did the sound of ticking clocks leave an imprint, it also sparked a passion Parker would pursue his whole life; restoring clocks.

“I just had this mechanic mindset. I guess some kids are like that, and I was one of them,” Parker said. “Frank must have seen that in me. He gave me one of his clocks, one with no value that didn’t work, but I expect he knew what I was going to do with it.”

Parker did just as Banashthought: took the clock apart, put it back together again and repeated the process until he heard the ticking of achievement.

“He never guided me; he made me find the answers,” Parker said. “His favorite line that would make me so angry was, ‘Do what you want, I know you’re going to anyway.’He knew I was trying to get confirmation for something he knew I knew was wrong. Frankhad a way of telling me when I was going down the wrong road,or when I was on the right road, without actually telling me.” 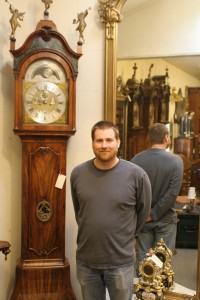 Parker said Banash would tell him stories about growing up in Montana, and his life that began in 1919.

“Those were stories you and I can’t understand, but I could picture them in my head because he brought those pictures and stories to life,” Parker said. “That’s a fascinating thing; it forces a kid to look at the world differently, and that Indiana isn’t the mecca of the world. That different perspective coming from a wonderful man five times my age made me more human.”

Parker said he and Banash’s friendship was a bond unlike any other.

Parker said he shared so many moments with Banash, he wanted Banash next to him for one of his most important moments.

“Frank was my best man in my wedding. When I asked him (to be my best man), he said, ‘Don’t you think you should have someone a little younger?’” Parker said. “That might be good for some people, but he was Frank. Why wouldn’t I want to share everything important with him?”

And just as Frank stood next to Parker throughout his childhood, he stood beside him as he entered the next chapter in his life.

“He could barely make it the altar, but he did because he knew it was important to me. That was the true representation of our friendship,” Parker said. 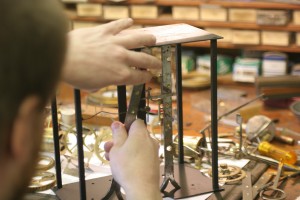 Matt and his wife moved to Kansas City, Kan.,for a job shortly after marriage.

“It was just she and I against the world, and that’s a life lesson when there’s no safety net,” Parker said about his new adventure.

Parkersaid that was only one of the many life lessons he’d learn in Kansas City. In fact, Parker said his time in Kansas City had layers of life lessons, and with each layer he peeled away, he became even more humbled.

“Everything has a learning curve, and it’s a dangerous thing when you think,‘I have this worked out and I know what I’m doing,’”Parker said. “I met a guy there who showed me what I didn’t know about clock making. I needed that.I was getting all cocky, thinking I knew everything about clocks. He opened my eyes and showed me technicalities of clock making I didn’t even know existed.”

Parker continued his love for historic things when he and his wife bought their first home across the street from Bess Truman’s former home. However, he said the house’s storybook tale was less than charming.

“The real estate agent failed to tell us that, at that time, Kansas City was the No. 1 methathetomin city in the nation,” Parker said. “When the lights went down, the creepy crawlies came out. We may have saved a historical home from being condemned, but I was miserable.” 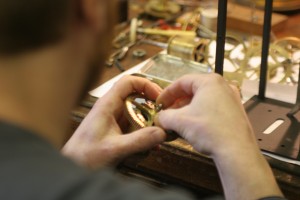 Parker said his first job out of college was working for Bob Beauchamp, co-owner of Beauchamp Antiques, and with one phone call from his former employer, his life turned full circle.

“Bob called wanting me to come back. It was my ticket out of Kansas andI couldn’t get out of there fast enough,” Parker said. “I quit working my part-time job and got a third-shift job at a doughnut store to work on the house more.”

Matt said he’d work at the doughnut shop from 10 p.m. to 6 a.m., take a two-hour nap then work on the house all day for three months.

“When I realized there was an opportunity to comeback home, I was determined to finish that house to make that opportunity possible,” Parker said. “I ended up making $30,000 in one year on that house. It just shows when you want something so much, you can buckle down and do anything.”

Matt said hearing the historical clocks at Beauchamp Antiques tick for the first time in yearswas when he realized he would never stop hearing the sound of his passion.

“When you push the pendulum and the clock starts ticking, it has life in it again, but it also lives in your subconscious,” Parker said. “If you’re admiring a broken clock that doesn’t tick, you can still hear it. It’s always alive, even if it’s just in your subconscious.”