You are at:Home»Current in Fishers»Fammartino chosen as administrator for St.Vincent Fishers 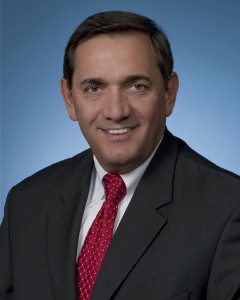 On Feb. 6, Gary Fammartino was selected to serve as the administrator for the new St.Vincent Fishers Hospital at the intersection of Olio Road and Southeastern Parkway.

Fammartino, 56, has been associated with the project since October 2008 as the developer of the outpatient services of St.Vincent Medical Center Northeast, the first freestanding emergency facility in Indiana. Prior to this experience, he served 30 years in the healthcare field and spentmore than 20 years in leadership positions, most notably as the senior vice president of clinical services and support services for St.Vincent’s Hospital in Indianapolis.

In the three and a half years Fammartino has worked with the medical center in Fishers, the facility has achieved exceptionally high levels of patient satisfaction, along with a wait time of only 15 minutes, which places the emergency center in the 100th percentile in comparison to others across the nation.

“The community has really accepted and feels satisfied with what we’re doing right now. There is no greater reward than that,” Fammartino said.

Fammartino and his wife, Suzanne, have four children, the youngest of which will graduate in the spring. He enjoys playing golf, painting and traveling in his free time, as well as spending time with Suzanne, who owns her own floral shop and plays the guitar.

“We both like music and the arts,” Fammartino said. “She’s very creative in her own right, so we have a lot of commonalities there.”

He expects his creative skills to become an important asset as he takes on his new role as administrator.

“I’m definitely looking forward to having a brand new hospital opening up in a great community like Fishers,” Fammartino said. “The biggest challenge I think for us is to keep up with the growth in the Fishers community.”

During the course of approximately the next year, Fammartino will continue to oversee the development of the new hospital, which is scheduled to open in April 2013.

“We feel pretty confident we have a lot of skilled individuals who have experience that will be working in that new hospital. And with our track record of high patient satisfaction, I think we’ll continue to carry that on to the new in-patient facility,” Fammartino said.