You are at:Home»Current in Carmel»Carmel Business Local»Now Open: Moochie & Co. 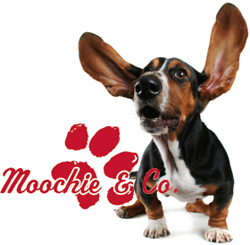 President Mike Dagne founded the company in response to modern trends in pet ownership. According to the American Pet Product Manufacturers Association, 62 percent of U.S. households – or 73 million of them – own a pet.

“Everything in the store is cool, sophisticated and fun, but none of it is completely frivolous or overly pricey,” Dagne said in a release.“Our product mix emphasizes style, quality and function.”

Product offerings also benefit dogs and cats that do not have caring guardians. Moochie & Co. teams up with local animal shelters, humane societies and pet rescues at every store. The company said it will explore ways to partner with such Indianapolis groups.

“There’s a little Moochie in every pet,” Dagne said. “We believe we’ve captured that playful personality, and it permeates every aspect of our store and brand.”

The Clay Terrace location is the new home of an existing store. Moochie & Co. closed its Castleton Square site Jan. 24 and moved the store to Carmel.