You are at:Home»Current in Carmel»Carmel Business Local»Chamber seeking more input from businesses 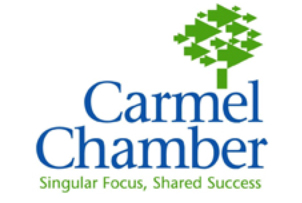 The Carmel Chamber is ready to get involved in local issues that will have an effect on the business community.

But first,it needs help in identifying the issues in which its members are most interested.

The Chamber provided a look back at 2011 and a look ahead to 2012 during its monthly luncheon last week at The Fountains. During the presentation, members of the Chamber’s staff and board recalled the Chamber’s involvement in 2011 issues that could potentially affect the business community. Examples included its support of the planned Bridges development, its ongoing efforts to maintain a dialog between the city and business owner near 96th Street and Keystone Parkway and its support of the citywide trash ordinance, which went into effect Jan. 1.

“At first we thought that was just a residential issue, until we realized residents who don’t have this service at home often dispose of their trash in commercial dumpsters,” said Susan Ziel, Chamber board chair. “That’s not only illegal, but a costly annoyance for businesses.”

Chamber President Mo Merhoff said the Chamber is willing to get involved in 2012’s biggest issues if they will have an impact on local businesses, and she invited members of the city’s business community to approach the Chamber with their questions and concerns.

Ziel said members will be updated on the Chamber’s efforts on these fronts via the organization’s electronic newsletter, which is new this year.

“It will keep you up to date on issues that could affect you and your business,” she said. “We want to track upcoming issues.”