You are at:Home»Current in Carmel»Carmel Community»Carmel business owner gives back to local moms 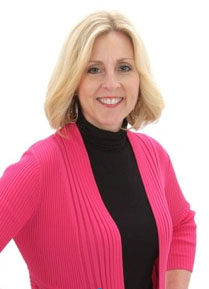 Once a month, a mother comes to the Woodhouse Day Spa in Carmel to receive a free massage, facial and pedicure. These mothers haven’t won a prize from any contest or competition, though. Rather, they are the mothers of terminally-ill children and were chosen by Peyton Manning Children’s Hospital in a new program, created by Terri Smith, the owner of the Woodhouse Day Spa, to receive this treatment. She created the foundation and its mission six months ago.

“We’ve done a lot of things (to give back to the community) in the past, but the one thing that really struck home for me was not having the experience of losing or outliving a child, so I came up with a foundation called Forever in My Heart,” Smith said. “I contacted Peyton Manning Children’s Hospital because I wanted a hospital close enough to the spa so a mom could get away. They are very excited to participate in our program.”

Smith said, in the past, she had tried many different ways to give back to the community, but only with this new program has she begun to give back on such a large scale. She said she aims to help 12 mothers at the spa per year. Each month, the hospital picks one mother to send to the spa.

“Our goal is to give them some time away from themselves to help heal through the services we provide. It’s not a long-lasting healing, but at least it’s for a day. It’s just to make a difference through that experience we give to our guests,” Smith said.

She said mothers are able to escape to a more relaxing environment through the therapists who help with the program.

“We just had a mother come in two weeks ago. It was great because once the mother was selected and called to set up her appointment, she had two friends join her. It really makes a difference for not only her, but for everybody involved as well,” Smith said. “It’s important to note our therapists donate not only their services, but their time. We wouldn’t be what our business is today without them.”