You are at:Home»Current in Westfield»The story of Sophie 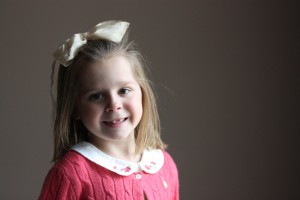 Once upon a time, a little girl with a tiny heart lived a life full of castles and princesses. She traveled to picturesque places where she sang songs with her fairy godmother and her kitten, Petunia.

Although Sophie Collier and her fairy godmother, Nurse Peggy, traveled to magical forests and cottages filled with dwarves and fairies, their adventures were only found on the pages of their favorite story books.Sophie could never leave the confines of her Westfield home not because a villain had stashed her away high in a tower; but, because she was born with a heart defect at birth and quickly developed an immune disease. The 4-pound newborn developed DiGeorge syndrome, a disease that makes it hard for antibodies to fight infection. She couldn’t go to school, jump rope with her neighbors and the one time she and her family went on a beach vacation she came home with a serious infection.

Only three weeks after her birth, Sophie endured her first surgery and the beginning of a magical story.

“Sophie was born with a heart that is too small for her, so doctors have to surgically enlarge her heart as she grows,” Katie Collier, Sophie’s mother, said. “The angels weren’t quite finished putting her together when they sent our miracle baby to us.” 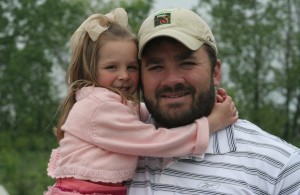 As Sophie improved, she and Nurse Peggy didn’t see square footage as their limitations. Instead, they saw white carpets of shimmery snow, and woods full of vibrant trees and rippling water. They made friends with the blue herons sitting on the tree in the backyard and serenaded them with their favorite songs.

As Sophie’s imagination and explorations grew, she did too. But her heart stayed small.

“I was scared. I didn’t know how much it would hurt, but I knew when I got to go home,I could play with my new kitten,” Sophie said.

According to Katie, the pain was excruciating and Sophie couldn’t get out of bed.

“I was lying in bed just staring at the TV. I couldn’t really do anything. Then I saw an art castle down the hall. It was full of glitter, paper, beads and all kinds of girlie stuff,” Sophie said. “The doctors said when I started feeling better and I could walk, the art castle would stop by my room.”

Two days later, Sophie heard the magical castle rolling down the halls as she scrunched her sore shoulders with anticipation and listened for the wheels to turn into her room.

“I smiled so big when I saw it. That was the first time I smiled since the surgery,” Sophie said.

As the fairies gave Sophie medicine for strength and her family gave her love, her imagination soared even higher as her little fingers carefully-crafted necklaces and bracelets for her family.

“The art castle made me so excited. I would be so tired, but I knew if I could get stronger, the art castle could come to my room,” Sophie said.

Sophie said the life she has lived is a fairytale full of “girlie things” and ball gowns. She said she loves painting with her mom,a father who told her stories to make her giggle and two brothers who protected her from the world she was not able to be part of.

The world of syringes, germs, unkind words and a kind of worry fairy dust can’t touch.

Her brothers knew about this world as they overheard conversations between their concerned parents about Sophie’s health. They had to keep Sophie safe from that world, to keep her healthy after the second surgery.

“We were gone all summer, even Fourth of July. We were going to cool parks and activities, but I couldn’t even have fun. I just kept thinking about Sophie. I was missing her, wondering how she was doing and worrying about her,” 8-year-old Bryson said about the summer he stayed with his cousins after Sophie’s second surgery.

“It was so special to see Sophie talk with her brothers about what they were doing. She’d be so excited hearing about it and never act like she felt sorry for herself. She was truly happy they were having fun,” Katie said. “But the thing is, they missed her so much, it was hard for any of us to truly enjoy anything.”

Nurse Peggy said Sophie took her first step outside when she was 3 years old. Until then, she’d only seen wind whisper through leaves, but for the first time, she felt the wind blow her hair and smelled the flowers she’d watched grow from the ground.

“Here’s this little girl who has a wonderful vocabulary, seeing all the simple things in life for the first time and actually being able to vocalize what she thinks about them,” Nurse Peggy said. “I’ve never had an experience like that. I’ve never seen an experience like that, watching her tiny fingers touch the grass and look up at me with a big smile and say,‘What’s that?’ It was reliving all my first experiences, but in a way I never imagined.”

Nurse Peggy said Sophie’s life has been magical, despite the things other kids would have been disappointed to miss.

“Here’s a 3-year-old who has never taken a walk through a bird-filled forest, but she became friends with these birds behind glass-plated fortresses, and never felt the warmth of the sun on her shoulders or a breeze on her nose. Now, she’s smiling as the breeze brushes her hair,” Nurse Peggy said. “Sophie never touched a leaf or sat on a rock, but she believed in it because she had been living in a magical world of nature through books and songs before she ever stepped on a blade of grass.”

“I’m 76 and she’s 11, but we’ve always felt connected like soul mates. I could be her grandma, but we see eachother as best friends,” Nurse Peggy said. “Our connection made sense when I saw her and myself as a child in that moment.”

“When ‘The Wizard of Oz’ came out, I was a little girl, and I was singing and skipping to see the Wizard with my sister and father; it was pure joy. I realized I never grew up. I loved my childhood and it’s a part of me I’ve never lost, and I get to share it with Sophie every day. I imagine my childhood as I watch and help her create her own.”